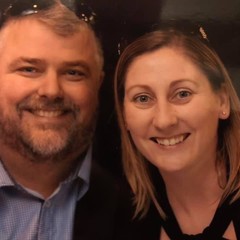 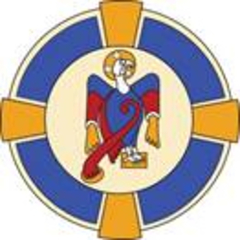 Jon Martin was born in St. Catharines, Ontario, and before the age of two moved to the small town of Ingleside, along the St. Lawrence River. Jon stayed in Ingleside until he left home to pursue post-secondary education. At Carleton University, Jon graduated with a B.A. in Psychology, and then went on to complete Masters of Pastoral Theology (MPth) and Doctor of Ministry (DMin) degrees.

Jon was ordained in 2006 and started as the assistant curate at Christ Church, Bells Corners. In 2008, Jon was appointed as the Incumbent of the Anglican Parish of North Dundas, where he oversaw the amalgamation of a four-point parish into one point and a new church building: St. Clare’s.

In 2015, Jon was appointed as Incumbent to the Anglican Parish of South Dundas (his home parish), where he oversaw the amalgamation of a three-point parish into one primary point and a chapel. He also worked with the parish as they began a significant building project that aimed to restore the current historic church and build a hall, so that the building may become a community events venue.

Jon arrived at St. John's, Kanata North in July 2021. Jon is the co-chair for the Shape of Parish Ministry Consultation process, as well as a member of Diocesan Council and Provincial Synod.

Jon is passionate about social justice, Christian hospitality, and developing and repairing the relationship between the church and the wider world. Jon would describe himself as theologically progressive, and, very much as a practical theologian, takes an interdisciplinary approach to theology and discernment.

Jon is married to Melanie and together they try their best to wrangle their cat, Lord Alfred Stormageddon the 1st (Alfie). Jon also sings and plays guitar in the East-Coast band West of the Rock. He cheers for the Ottawa Senators, Manchester United, and when the England and Canadian women’s soccer teams compete against each other, it is a stressful occasion! Jon also has a guilty pleasure in horror movies and reruns of Buffy the Vampire Slayer.